When I was a kid, the universe was said to be made of time, Space, Matter, and Energy. That’s still essentially true, only now Big Bang cosmologists are claiming that 95% of the “matter” is actually “DARK MATTER. It’s KIND OF like matter, only its invisible and in every way undetectable. Like the Flying Spaghetti Monster. 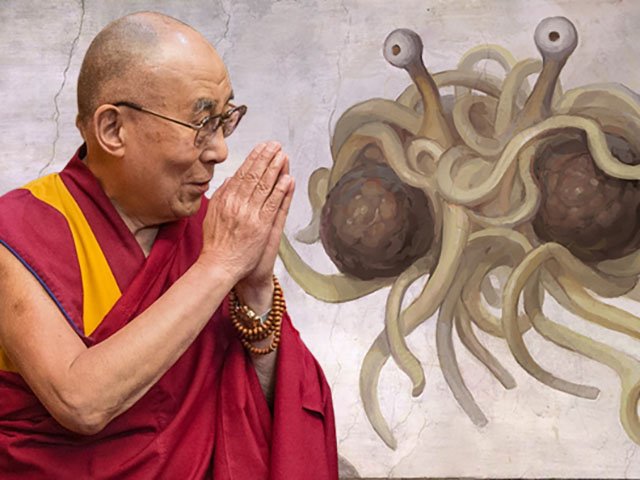 So, if we can’t see it AT ALL, then why do they even claim it exists? Because when they see the things they CAN see- galaxies and such- they find that the things they can see do NOT match the Big Bang model. Dark Matter has been proposed to explain the observations while holding onto the Big Bang model. Since our observations DO NOT match our model…

We are HOLDING ONTO OUR MODEL WHICH MUST NOT BE QUESTIONED, and proposing that ALMOST ALL OF THE MATTER in the universe is invisible and undetectable.

And this is called SCIENCE.

Our belief in the spiritual is no different.

I cannot tell you much about my soul, my spirit. I cannot take a photograph of the spiritual world, or put some of it in a jar. It is invisible and undetectable, but what we observe makes no sense unless it is there.

Which means-that is right- Angels are scientific.

More scientific than the Big Bang model at any rate.

But whatever you think or feel about the existence of the spiritual world, the GhostBusters reboot was still every kind of awful. I think we can all agree on that. And that was something we all CAN see.