Wind Chill- WHERE IT ALL WENT WRONG

Looking around the country, you may have noticed that a large percentage of the people who make up the United States have literally lost their minds. And the suggestion that they go out and find it is offensive. Actually, almost everything is offensive, but I digress.

We have MEN among us who INSIST that they are women, and WOMEN among us who INSIST that they are men, and we have been told to ACCEPT THIS AS TRUE. Yes, you are told that men ARE women and women ARE men if they FEEL like they are. Remember all of that time you wasted in Human Anatomy Class? I mean, you STUDIED for those tests, right? And now, all of it is considered hate speech.

How did this happen? 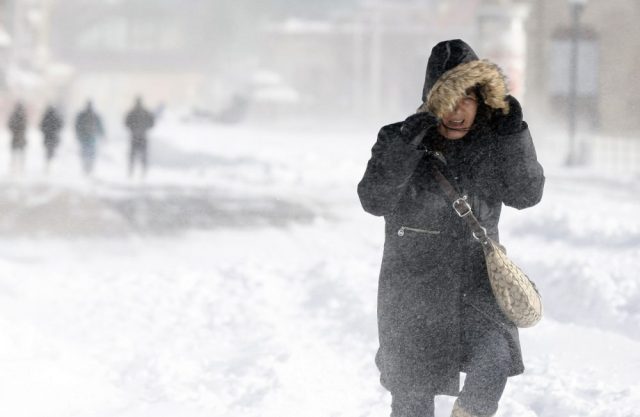 When I was a very small boy growing up under the shadow of giant waving American flags that surrounded Ronald Reagan wherever he went, the news had a segment, much like today, where in they told you what the weather was like outside. They would say, “It’s 89 degrees outside,” and then they would talk about local sports.

But in the 1990s I remember something happening which, at the time seemed harmless- maybe even HELPFUL. Instead of merely telling you what the actual temperature was, the news people started telling us HOW IT FELT.

“Well, it’s 17 degrees out there, but because of the WIND CHILL it FEELS like 4 below…”

And we all said to ourselves, “OK. I THOUGHT it felt a little colder than 17 out there.” As if this justified out innate sense of temperature, proving that we had a latent super power. What none of us noticed was, the news people had decided that what the temperature ACTUALLY WAS- the measured temperature- was equal in value to the IMAGINED temperature. What we MEASURED SCIENTIFICALLY was considered no more or less newsworthy than HOW WE FELT. “It’s 23 out there, but because of the wind chill it FEELS like 10 degrees…”

The heat index soon followed. “Its 82 degrees out there, but because of the humidity, the heat index will make it FEEL like 122 degrees.” And next to the weather person it says, “Outside right now: 82, FEELS LIKE 122.”

It did not take long for the ACTUAL temperature to become almost meaningless to us. We became suspicious of thermometers. BIG THERMO was trying to CONTROL US! But we knew better. We could FEEL the actual temperature, and we knew it was completely legitimate to DECIDE what the temperature FELT like because the Meteorologists on TV did it all of the time! In fact, why should we even trust those stupid THERMOMETERS anyway? MY Feelings are SO ACCURATE that the news has to adjust to how the temperature will feel TO ME!

Now, in California, Massachusetts, and within the city limits of Washington DC, thermometers are illegal, and declaring what temperature it IS outside is hate speech. *

So when a generation of Americans grow up being shown that the SIMPLEST of scientific measurements is equal or less than how WE FEEL, it should come as no surprise that we’ve become scientifically illiterate to the point that no one knows what bathroom they should use, even when there are clear signs on the door. We look back and forth between those two signs now with the same mental process we use at McDonalds as we are looking back and forth between the picture of the cheeseburger and the picture of the ten piece nuggets. “Which one do I FEEL LIKE today?”

So maybe everything went wrong when we abandoned science and reason for our own subjective feelings. Maybe WIND CHILL is to blame. Or maybe I’m sick of hearing about global warming when its SNOWING IN MID APRIL!!! Maybe the earth is warming up every day until the polar ice caps melt into ice cubes, but right now, it FEELS like that’s a load of whooey.

*As I write this, in early 28018, this is not true. It’s a joke. But the way things are going, if this became true by the end of the year, I would not be surprised.

This entry was posted in Philosophy, SocioPolitico and tagged feelings, wind chill. Bookmark the permalink.

4 Responses to Wind Chill- WHERE IT ALL WENT WRONG