In an attempt to educate/enlighten/indoctrinate/brainwash me, I often have readers and viewers send me comments like this one:

“Evolution is the process of change in heritable traits in population subject to descent with modification.”

Even though A Bit of Orange has produced videos and articles about this several times, many people still tend to miss it, so here we go again. Fasten Seat-belts and mind-diapers, everyone!

Evolution cannot be just ANY kind of changes.

To say it is CHANGES in Heritable traits is like saying Mt Rushmore is the result of rock being removed from the mountain. 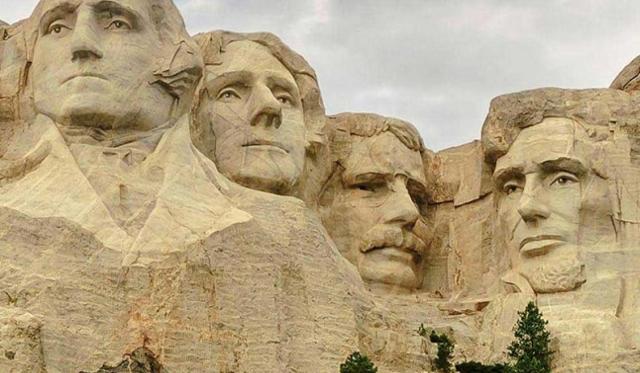 True? Sort of. But sufficient? Absolutely NOT.

Every living thing experiences changes in heritable traits- every kind of plant and animal is experiencing a gathering of mutations. We call this: genetic entropy. Every generation has more errors and mistakes which, over time, will kill the carrier. Geneticists have asked the question, WHY are we not dead a thousand times over? Because, if the human race was 100,000 years old as evolution claims it is, and if we are gaining mutations at the rate we are today, then the whole human race should have gone extinct LONG ago.

This is why we have chosen to define evolution like this:

Evolution is an unguided, Natural process which increases the genetic information in an organism;
Creating new Genes which did not previously exist.

These new genes then cause an increase in physical complexity and associated behavior,
Both of which increase the organism’s ability to survive and pass on these traits to offspring.”

There is a definition which makes sense of the story Darwin is trying to tell. But this change over time business? Like I keep saying, that’s too vague to mean anything. If you accept THAT definition for evolution, you must be an easy sucker to sell things to. If that’s you- I suggest you not even have a credit card. For your own sake.

For more on the definition of Evolution, check out the Defining evolution Playlist, and remember, #JesusLovesYou

This entry was posted in The Creation SoapBox and tagged creation, creation vs evolution, Evolution. Bookmark the permalink.

2 Responses to There’s a Sucker Inheriting Traits Every Minute