The Evidence for Atheism is: Ignorance

In the past I have said that there is NO ARGUMENT that can be made for atheism, and that no evidence exists which can be used as evidence FOR atheism. Well, thanks to the many conversations I have had on social media, I see I have been wrong, and I am a big enough man to admit when I am wrong. My many atheist readers/viewers have presented the same argument/evidence to me so often that I am ready to now admit that I was wrong, and they DO have a case for their position.

An Atheist’s primary argument and evidence FOR atheism is: his own ignorance. 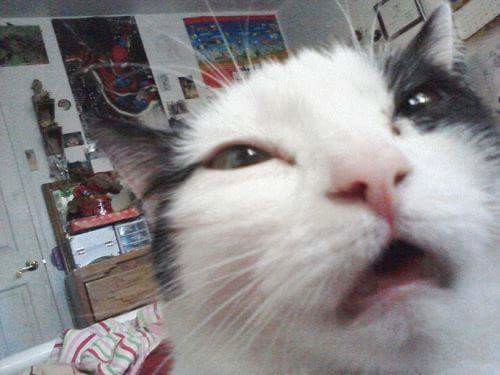 or  “I don’t know of any evidence or arguments for God’s existence.”

Some are stupid enough to actually directly state, “There is no evidence for God’s existence.” This is a claim so audacious that they could never say this with confidence even if it WERE true. But they say it anyway. This is like saying, “There is NO evidence for the existence of Unicorns!” Because, unless you’ve seen every fossil in every museum or still encased in rock, then you can’t possibly claim that unicorns did not exist with anything but arrogance to back you up. Maybe YOU haven’t seen the evidence, but that doesn’t mean it’s not out there.

Many of my readers have gained boldness when they find people like me have no answer to this well crafted case for their position. It’s true that I cannot answer this argument. It’s a lot like when very small children think you can’t see them because they have their eyes closed.

It’s hard to know what to say in response. I am left speechless.

If you are relatively sober, you probably can figure out all on your own that ignorance is not an argument nor can it be used as evidence in favor of anything, including atheism.

But as far as atheism goes, that’s all they have.

Oh, by the way, here’s an actual unicorn:

Elasmotherium sibiricum or ‘Siberian unicorn.’ Yup. That was a real animal.

Check us out at https://www.youtube.com/abitoforange
and don’t forget to subscribe.

This entry was posted in atheism and tagged atheism, unicorns. Bookmark the permalink.

42 Responses to The Evidence for Atheism is: Ignorance