The Big Bang model is the popular, atheistic alternative to the Biblical account of Creation. The Bible tells us that God created all of time, space, matter, and energy. Naturally atheists, having rejected God, need a good replacement for Him to explain the universe, so they came up with nothing. 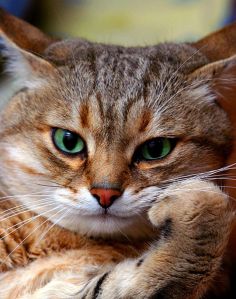 But not inert and inactive nothing! According to the Big Bang model, Nothing EXPLODED!

And that’s where the universe came from.

How much actual science went into this theory?

There are a few pieces of observable data which the Big Bang is based on, and then it’s got a thousand band-aides made of imaginary and hypothetical things which cannot be observed, like inflatons and dark matter, but we’ll skip all of those for now. Let’s do a Dragnet: Just the Facts, Ma’am.

Just the fact #1. Red shift: Edwin Hubble discovered that, the further away galaxies are, the more their light is red shifted. If you don’t know what this means, then just think about the way sunlight breaks into a rainbow when it goes through a prism. Roughly, everything you would see gets pushed toward the red end. The further away the galaxies, the more their light was shoved over to the red side.

Just the Fact #2. Cosmic Background Radiation: The universe is cold,  but everywhere you look it’s just a LITTLE BIT above totally frozen. Absolute zero temperature is zero degrees Kelvin, and the universe is around 3 degrees Kelvin, which is about -454 degrees Fahrenheit. That’s almost as cold as Chicago in February.

The Interpretation: It is assumed that the uniform temperature we see all over the universe is the faded afterglow of that initial explosion (i.e. Kablooie) which eventually became the universe. It’s like the heat coming from the smoldering coals of a dying fire.

And frankly, that’s kind of it.

I keep seeing a few other things listed as evidence, such as the abundance of Hydrogen as well as the ratio of elements in the universe, but that’s as weak sauce as you can get since the theory has been adjusted and adjusted over and over to fit that particular range of data.We can’t even make a sound judgement about the ratio of elements in the universe, because there are, scientifically speaking, a lot of places we’ve never been. There may be BILLIONS of planets in every galaxy made out of nothing but Palladium (atomic number 46), but we’ll never know because we can’t GET there.

We can ASSUME that this isn’t true, but we’ll be basing those assumptions on a Big Bang model of planetary formation, which we are already claiming is supported by the ratio of elements in the universe, which results in Big Bang assumptions being used as evidence for the Big Bang (Which happens in a lot of cases, but let’s not get ahead of ourselves). Just to give a tiny bit of credence to this possibility, one of the moons of Saturn, Titan, is literally SWIMMING in Methane. No one had predicted that and no one can explain it. Those Palladium planets COULD be out there. That’s all I’m saying.

Its not as if someone looked around and said, “Hey! You guys ever notice how much hydrogen there is around here? Doesn’t that strongly imply that the universe was born from an explosion of nothing followed by a rapid expansion of time, space and matter?” Whatever limited observations we have made about the ratios of elements in the universe, you’ll never find a direct line between them and the formulation of the Big Bang theory. Especially in light of the most recent addition of Dark Matter, which basically says we are missing something like 95% of the matter it would take to explain the motion of galaxies, and so there must be all of this DARK matter we can’t see which is totally unlike all other matter which we CAN see.

If your theory comes up 95% short, I think you need a new theory.

Let’s all take a second to think about the way our roach clown atheist blogger friends attack Christians for believing in things they can’t see, and then call themselves rational and reasonable while holding onto THIS mess with both hands. They can’t account for the initial explosion, the origin of all the energy or matter, and now they need to invoke 95% of the universe being this magical new invisible matter to explain the observations, and THEY’RE the scientific and rational ones? We believe an infinitely powerful and AMAZINGLY Brilliant God made everything, and they think THAT’S far fetched? Sometimes I think we’re getting Punk’d and all of the atheists in the world are in on it- like, maybe they’re all actually Roman Catholics pulling some HUGE prank on the rest of the world. Someday they’re just going to stop mid-debate and shout,

In other references to supposed data to support the Horrendous Space Kablooie, Big bangers (Because, again, they fired the Cool Names Department to save on budget) also like to point to the math of Albert Einstein. I hate to burst any balloons, but a math equation, useful as it is, does not count as observable data. It may be super smarty pantsy, but it is not observable data which leads to a logical conclusion. So, score Al for big brains but this cannot be listed as DATA which supports the big bang. It’s not a FACT, Ma’am.

There, in a nutshell, in the history and evidence for the Big Bang. In the near future I’ll be taking a closer look at the science and philosophy behind this model, and taking it all behind the scientific woodshed with a switch made of pure reason and smacking it’s Big behind red until Edwin Hubble cries. Prepare to be ashamed of your fifth grade science teacher for leading you to believe all of this Big nonsense because its got what it’s always had: Nothing.

This entry was posted in Confessions of a YEC and tagged big bang, creation, Genesis. Bookmark the permalink.