Anderson Trips and All Have Fallen

I recently wrote an article pointing out the fact that Jesus NEVER explicitly commands his followers to never kill and eat Lesbians. I realized later that I probably needed to explain in no uncertain terms that I do not actually endorse the killing and/or eating of Lesbians, or any other humans, because there are many people who seem unable to comprehend humor.

By that I mean, I need to explain that I am opposed to the killing and or eating of ANY humans, including Lesbians, and the reason for my need to explain is that some people have no sense of humor and could have thought I  was in support of eating other people. I’m not saying that the reason I do not endorse the killing and/or eating of Lesbians is because some people don’t understand humor.

You ever hear the phrase, “Dying the death of a thousand qualifications?” This is what it means. 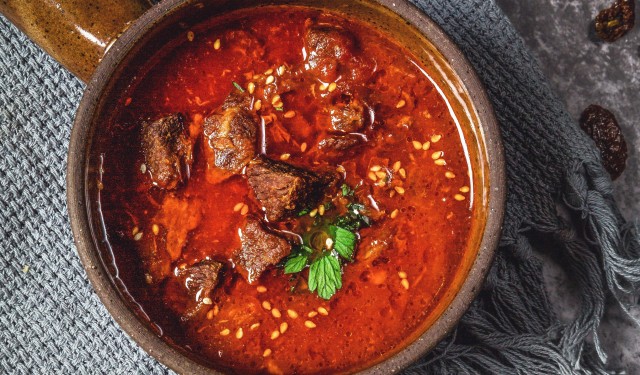 Killing and eating lesbians is WRONG. But if you’re going to do it anyway, I have some AMAZING recipes you need to try…

I also decided I needed to address the killing of homosexuals in general because I saw a recent video from your friend and mine, Mike Winger (aka: Bible Thinker). In this video (1) Mike shows the insane ranting of self-labeled Baptist Preacher Steven “The Steve” Anderson, who is known for being that preacher every atheist on social media thinks of when they describe what Christians and churches are like. In Mike Winger’s recent video, he shows Mr. Anderson publicly declare (and not as some kind of dark humor but seemly because it is what he really thinks) that homosexuals should all kill themselves, that he would cause them to corn-flake if he had the glove of Thanos*, and that homosexuals cannot be saved so don’t bother telling them Jesus died for them like Jesus told you to.

Mike Winger comes to the rather politically incorrect conclusion that “The Steve” is not a Christian and is not preaching Christianity, on the flimsy grounds that “The Steve” is in fact directly contradicting the clear and repeated teaching of scripture, including the words of Jesus. For example, one of the many scriptures which “The Steve” is either ignoring or rejecting is Romans 3: 22-24 which says,

“For there is no distinction: 23 for all have sinned and fall short of the glory of God, 24 and are justified by his grace as a gift..”

Also, if you take a look at the four biographies of Jesus which begin the New Testament, you will see that NEVER does a sinner come to Jesus for forgiveness and get turned away. There is no passage where someone comes to Jesus and says, “‘God, be merciful to me, a sinner!” only to have Jesus say, “Oh, Ordinarily I WOULD, but your sin isn’t one I cover. Your sin is TOO sinful. Sorry.”

The promise of the Bible is that the sinner who comes to God in humility and asks for mercy will be forgiven, and the sinner who is too proud to admit he is a sinner will be lost. So, while homosexuality is a chosen lifestyle which the Bible condemns right along with adultery, incest, murder, theft, lying, and everything else which gets used as shock humor in Kevin Smith movies, it absolutely declares that ANY sinner can come to Jesus and ask to be saved. On the other hand, if you choose to cling to your sin instead of opening your hands to receive his forgiveness, Jesus respects your choice.

But Jesus loves you, and died for your sins so that you could be forgiven, no matter what it is you need to be forgiven for.

Choosing to cling to a sinful lifestyle is just as wicked as choosing to cling to your hate of other sinners. There is no right side and wrong side of this particular debate because there are no good people and bad people. There are sinners and Jesus. If you choose to cling to your sin and use it as an excuse to hate other people, then you’re no better than “The Steve.” If you’re a lesbian who decides to kill and eat “The Steve” for being so hateful toward you, I want to declare unequivocally that I am opposed to the killing and/or eating of any humans. Killing and eating people is WRONG. But if you’re going to do it anyway, I have some AMAZING recipes you need to try…

*– He doesn’t actually reference Thanos. He says if he had a button that would cause them all to die he would push it over and over. He’s not even cool enough to make an obvious Marvel reference. He is a TOTAL loser.

To learn more about this whole “The Steve” thing, watch this video.  Also- Please do yourself a favor and subscribe to Mike Winger’s YouTube Channel. You will thank me.

This entry was posted in SocioPolitico and tagged cannibalism, Lesbians, Steven Anderson. Bookmark the permalink.