Easter is the Central Moment in the Bible

If Christ has not been raised, then our preaching is in vain and your faith is in vain.

And if Christ has not been raised, your faith is futile and you are still in your sins.

If in Christ we have hope in this life only, we are of all people most to be pitied.

But in fact Christ has been raised from the dead! 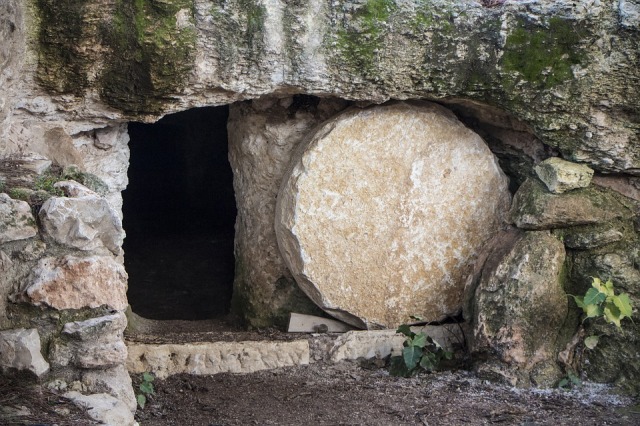 And he began to teach them that the Son of Man must suffer many things and be rejected by the elders and the chief priests and the scribes and be killed, and after three days rise again.

The angel said to the women, “Do not be afraid, for I know that you seek Jesus who was crucified.  He is not here, for he has risen, as he said. Come, see the place where he lay.  Then go quickly and tell his disciples that he has risen from the dead, and behold, he is going before you to Galilee; there you will see him. See, I have told you.”  So they departed quickly from the tomb with fear and great joy, and ran to tell his disciples.  And behold, Jesus met them and said, “Greetings!” And they came up and took hold of his feet and worshiped him.  Then Jesus said to them, “Do not be afraid; go and tell my brothers to go to Galilee, and there they will see me.”

He presented himself alive to them after his suffering by many proofs, appearing to them during forty days and speaking about the kingdom of God.

this Jesus,delivered up according to the definite plan and foreknowledge of God, you crucified and killed by the hands of lawless men.  God raised him up, loosing the pangs of death, because it was not possible for him to be held by it.

And with great power the apostles were giving their testimony to the resurrection of the Lord Jesus, and great grace was upon them all.

He is RISEN! He is risen indeed.
Happy Easter.

This entry was posted in Jesus and the Bible and tagged easter, Resurrection of Jesus. Bookmark the permalink.