Jackson Pollok and The Psychology of Arson

I was looking at the painting Convergence (by Jackson Pollock in 1952) the other day, and I noticed something which I had not seen before. Now that I have seen it I can’t believe I never noticed it before. Take a look and tell me what you notice. Take in the whole picture. 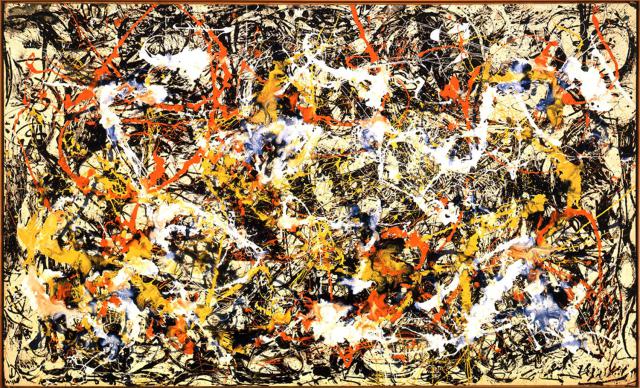 Now look at the splotch of white in the top left corner and the line of red-orange which circles around it. Can’t you see it? Jackson Pollock made a HORRIBLE error while making this painting! That white splotch curls UP and to the RIGHT just like the white splotch over the center of the image! That is such an obvious error that I am surprised he even allowed this thing to see the light of day. Now, compound that with the flagrant error which I am guessing resulted from that one. The red-orange line above the while splotch ANGLES up and down on either side instead of CURVING like the image demands! I suspect that his second error is the result of his first. He must have seen it and been so AWARE of it that he just couldn’t control his paint!

If I were him, I would have taken the effort to correct these heinous mistakes.

Speaking of correcting mistakes, I have stopped going to my therapist. THAT was a mistake and I can’t believe it took me this long to notice it. See, I was assigned this therapist by court order when I was arrested for various arson related charges last year. I have Pyromania, or maybe Pathological firesetting (My therapist never could make up her mind), both of which are described as psychiatric disorders.

But as I was burning her office to the ground (at night while it was empty of course. I’m not a psycho!) I had a realization. If the human brain simply evolved from random chance processes and natural selection and what not, then how does some nerd in her ivory tower tell me that the way MY brain works is a DISORDER? Maybe I am statistically different than the majority, but then so were the first apes who walked upright! Or the first cavemen who could talk- or make fire! The point is, WHY call something a DISORDER just because it is different than average? The only reason humans exist is because some members of the species- whether those were bacteria several billion years ago or some smarter than average apes a few million years ago- were different than average. Super geniuses are different than average. I don’t see anyone saying Einstein had some kind of high functioning math disorder. He gets praised for HIS difference. Why do I get labeled for mine?

Calling my desire to set fires a disorder seems to be based on the idea that there is a natural order- a plan from which I have strayed. It’s like saying the brain was designed a certain way and mine is broken or malfunctioning. But of course that is ridiculous because there WAS no plan! Evolution is not a designer with a plan. We evolved from worms and fish and monkeys through random mutations! Some mutations made us walk upright and my mutations make me want to see the whole world burn. What ORDER does that violate? What SHOULD or OUGHT did evolution create which MY particular desires violate? The whole thing is silly. These psychiatrists are seeing problems which are not there.

If you ask me, my therapist was letting her Catholic beliefs contaminate her scientific worldview. As a scientist she should know better than to think the human brain was designed to function a particular way. It’s not a car. It’s merely a very complex piece of organic matter which is the result of chance over millions of years, same as lice or tape worms or crabgrass. So I refuse to accept the idea that I have a disorder. My brain does what evolution has created it to do, and that is to love fire. It’s time we stop letting these religious nuts tell us what we can and can’t love.

And I think its time we all admit that Jackson Pollok wasn’t a very good painter. If you think Convergence had a lot of mistakes in it, you should see Number 5 (1948). THAT thing has some disorders. 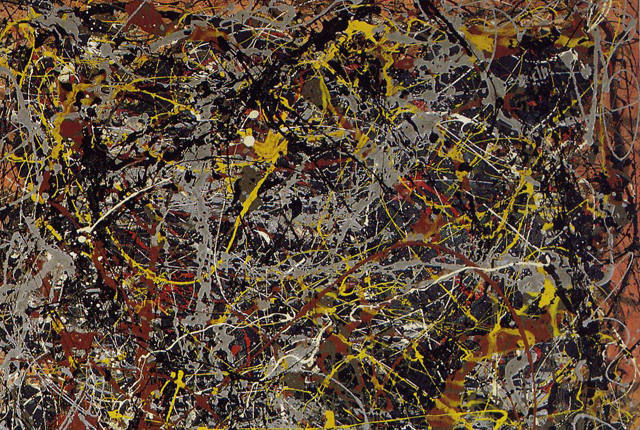 This entry was posted in Philosophy and tagged evolutionism, Jackson Pollok. Bookmark the permalink.