Q and A: A flood of questions about Noah

Today’s thoughtful comment has to do with the world’s WORST weather. It was just like that movie 2012, but without John Cusack. Apparently it did have Russell Crowe and Hermione Granger. These historical documentaries are invaluable for my research, let me tell you.

I’m going to break up this comment and reply section by section. My reader begins as such:

I did read your article on Noah’s flood but you don’t really seem to bring up any historical or scientific evidence that it happened just some bible verses. 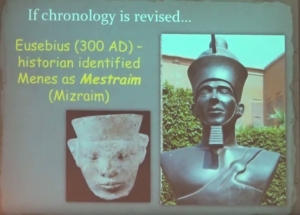 Oh ho ho! But I have written ENTIRE SERIESES on this topic! Or whatever the plural of series is. Unless it was only the one. Its hard to keep track sometimes. The first (or possibly only) series is HERE:

I actually do get into a fair bit of the science in that series, and I link some great resources for more science and history about the flood below. It’s worth explaining why my defense of the flood lacks historical context. First, because I’m lazy. Second, because much of what I was responding to in writing that series didn’t call for it. But mainly, and this may seem obvious once I say it- there can’t BE any historical context outside of the Bible. Other than Noah and his family, no one survived to record it. All civilizations which existed prior to the flood were utterly destroyed, so there was no remaining civilizations to record the event parallel to the Biblical account, which was probably originally written by Noah or one of his sons. Thus, the only historical account of the flood and the world before it and the rebuilding after it is in the Bible. Who else COULD have written an account?

History does offer some great clues though. Consider what the oldest human civilizations are: China and Egypt. We can date the flood to somewhere around 2400BC. The year in which the Flood came was 1656 AM1 (Anno Mundi – “year of the world”). According to the fountain of knowledge which is Wikipedia, “Written records of the history of China can be found from as early as 1500 BC under the Shang dynasty.” That means there was nearly a thousand years from the flood to the founding of China as a nation. This gives time for the population to grow, build that Towel of Babel as described in Genesis, and then move east to continue growing and rebuilding the world.

As for Egypt, Wikipedia tells us “A unified kingdom was founded 3150 BC by King Menes.” Of course, on the surface this looks like it predates the flood, but the date given here is an estimate due to the fact that the earliest dynasties left no significant record about themselves. We only know about them because later dynasties wrote about them. This is compounded by the fact that the dates for the dynasties was originally calculated under the understanding that no two pharaohs ever ruled at the same time, but we now know this is false. Father and son Pharaohs did rule together, sometimes for many years, which collapses the history considerably. And while, as stated above, it would be impossible to prove from what remains, the Egyptian accounts may include kingdoms which existed before the flood. They may have written those kings into their own lineages in order to give themselves a link to the pre-flood past. The records of the first dozen or so dynasties is hazy at best, and we know the Egyptian records were falsified on many occasions to suit the present dynasty. So I guess what I’m saying is, I don’t consider the dates given by Wikipedia for Egyptian dynasties which did not actually leave any records of themselves to be a threat to the Biblical timeline. I think wiggle room is justified.

Let’s consider the oldest monuments left by these civilizations. Archaeologists believe Egypt’s large pyramids are the work of the Old Kingdom society that rose to prominence in the Nile Valley after 3000 B.C. (and mathematically speaking, 2400 BC is AFTER 3000BC). Historians tell us that the Egyptians built the Giza Pyramids in a span of 85 years between 2589 and 2504 BC.

Once again you may want to point out these dates are older then the Biblical chronology allows, but remember that they are calculated dates based on very little evidence and almost no parallel historical accounts until later in Egypt’s history. This is not historical fact as much as historical calculation- a best guess. And it’s only really a few hundred years too old to be true. However, consider the following:

OR- The Genesis account is true. The world was destroyed by a global flood, which explains why there are MILES deep layers of sedimentary rock all over the world filled with fossils, 95% of which in EVERY rock layer are marine invertebrates. The surviving family grew for hundreds of years until they decided, generations later, to build a city with a pyramid or ziggurat in the center (ancient words for both are very similar) but they are stopped by God who breaks their family groups apart with new languages, sending them off into the world. The Bible indicates somewhere between 50 and 70 families went out from Babel, and language scientists tell us there are around 70 “language families” which make up all of the spoken languages on earth. Also, King Nebuchadnezzar, c. 605 B.C. wrote about finishing this tower, recounting how his ancient ancestors began it and then abandoned it before completion.

Once the families spread out across the earth, they built what they had known together, which was a city with pyramids of ziggurats as central features, all beginning within the same couple of centuries. The arisal of these similar civilizations all over the world follows from their having had recent contact with each other until they left Babel.

Whichever account you choose, the human population doesn’t begin to grow until 2400BC, and human cultures do not exist until after 2400 BC. The Genesis account makes more sense of what we do see in our history. The evolutionary story has a 95,000 year gap and several AMAZING coincidences which strain credulity to the breaking point.

Here’s a good article which helps do the math about the timeline: https://answersingenesis.org/bible-timeline/timeline-for-the-flood/

Here is a good article which helps to put many Biblical events into historical dating to give chronological context. http://creation.com/the-date-of-noahs-flood

Now the Epic of Gilgamesh is dated around 2100 BC but I couldn’t find the date for Noah’s flood so let’s accept that Gilgamesh came after Noah’s Flood.

The existence of the many flood myths is actually one of the proofs of it as a real event in human history. If you could find a hundred newspapers with different accounts of the Kennedy assassination, the most logical explanation would still be that the event happened, and thus one of the stories could plausibly be entirely accurate with other versions sharing some of those accurate details and then having additions or missing information. The logical deduction would NOT be to assume that because variations on the story existed, the assassination never happened.  The same is true here.

Why would SO MANY different cultures all come up with a global flood legend if there was no historical event to harken back to? Some places face volcanoes- why would they have a flood story and not a global volcanic disaster? Others face periodic earthquakes- why would they not have a global earthquake disaster legend instead of a flood? It seems a rather unreasonable coincidence that every culture in such diverse places would all have a flood legend- and all of them with similar structure and story details- unless those stories had some real fact to be rooted in. The most reasonable explanation of these facts and the details thereof is that they are all rooted in a real historical event- the flood of Genesis.

So why the Genesis account and not, for instance, the Epic of Gilgamesh? There are many reasons, but to give merely one example- the ark. Whereas the ark has been shown to be very stable in rough conditions, the boat in the Epic of Gilgamesh was a giant cube, which would have been susceptible to rolling in ANY conditions. The Hawaiian version has the survivors in a canoe. Thus the description of the ark alone makes the Biblical account more reasonable.

About the Epic of Gilgamesh- people will say it predates the Genesis account, but this is false. What it may predate is the publication of the Genesis accounts under Moses, but the stories which were compiled in the book of Genesis by Moses were not written BY Moses, but were gathered from preexisting writings, as is evident from the text itself. Also, there is an older version of the Epic of Gilgamesh which is closer in its details to the account in Genesis, showing that as you go back in time, you get closer to the original event and the details are less corrupted and more like the Bible.

I hope this clears up a few things. Please check out the links I’ve provided as I have just scratched the surface, and the more you know the more you will see the difference between the truth and facebook memes. What I hope all of my readers will come to see is that the Bible is truth worthy, and that means you are a sinner, but God made a way for you to be forgiven, and he paid for the whole thing. All you need to do is accept that free gift through Jesus.

Here’s my third favorite Canadian, Ian Juby, explaining many of the details about the flood account: https://www.youtube.com/watch?v=QOx7yMDbt_Y

I highly recommend this video, because he gets into the other cultures which record exactly what the Jews recorded, including the Creation and the flood, including a lot of specific details. It seems that the Chinese were essentially Jewish for almost 3000 years. The stories were not unique to the Bible, even though that’s how they come to Western culture. Really Fascinating stuff, and some of it has only been recently rediscovered.

If you have more time and brain cells to spend, here’s a long video which traces all of the world’s people groups from creation to today, showing how the individual studies of cultures and histories all around the world can be harmonized with the Biblical history. Again, fascinating and detailed: https://www.youtube.com/watch?v=YHL8UU0BEgk

This entry was posted in Q&A and tagged flood, Genesis, noah, noah's flood, tower of babel. Bookmark the permalink.