Consider the Text (Genesis gets its YOM on)

The following is from a conversation I had with a Catholic friend I like and admire:

Genesis 1 refers to each day as a “day”,

in numbered order, and with the inclusion of evening and morning. What in the text, either in Genesis 1 or anywhere else in scripture, tells us NOT to take it as written? Simply, nothing.

The text shows us we MUST take it as written.

In Exodus 20, God says “For in six days the Lord made heaven and earth, the sea, and all that is in them, and rested on the seventh day.” The reason why is because He is telling the Israelites that He set the example for them by working for six days and resting for one. Not only is this passage a lie if God actually worked for 13 billion years in six somewhat overlapping epochs, but it also makes no sense. 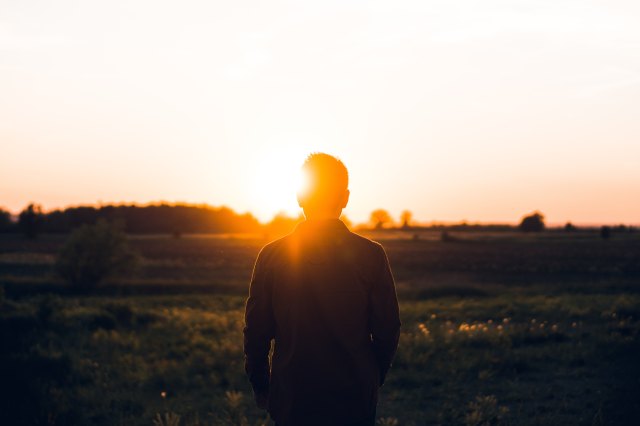 Why even bring up Genesis 1 if not to show that they are following a divine example? Surely even these people, without the benefit of i-phones and a public school education, could count to seven, or understand the idea of taking a day off? In other sections of the OT when God refers to a six to one ratio, such as working the land for six YEARS and then letting it rest for one YEAR, He does not bring up the creation week. If it was merely a metaphor meant to illustrate a six to one/ work to rest, then why only bring it up when He is talking about DAYS but never other lengths of time? 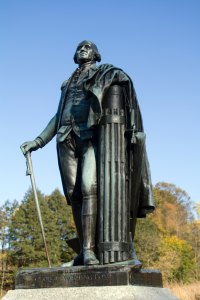 Were someone to read a passage from Washington’s diary where in he said, “On the first day I met with my generals. On the second day we marched the troops fifteen miles to the place where we would make camp..” No one would have just cause (either from the text or the normal use of English) to say “This was all the same “day”. When he says DAY, he means, “Back in MY DAY I did all of these things.”

The inclusion of the ordinal numbers would be a clear indication that he did NOT mean that, but rather meant exactly what he said- consecutive, normal calendar days.

Similarly, the Hebrew the Old Testament is written in never uses YOM with ordinal numbers to refer to ages or stretches of time. That ALWAYS means a normal day, just as it does in English.

But let me put a finer point on it:

When used with a modifying number (as it is 358 times elsewhere in the Old Testament), it always means an ordinary day. Why would Genesis 1 be the exception?

Yom is used with the defining phrase “evening and morning” 38 times in the Old Testament outside Genesis 1. Each time, it means an ordinary day. Why would Genesis 1 be the exception?

There are almost 400 places in the Old testament where in the word YOM is used as it is used in Genesis 1, and it ALWAYS means a literal, normal day. Nothing in Genesis nor anywhere else in scripture gives us cause to define that word to mean anything else in that context. In short, if you are going to make the case that YOM does in fact mean something other than a normal, 24 hour calendar day, then you need to be able to show that the language can be used the way it is in Genesis 1 and mean something else. I’ve NEVER seen anyone try. Every OEC I have ever read or heard has simply stated “Yom can mean something other than a normal day, depending on the context,” but they have never shown how the context in Genesis 1 justifies rejecting the day as normal 24 hour days BECAUSE IT DOES NOT.

Once again, the OEC position seems to be based on the assumption that Genesis has been proven wrong by “Science” and so to save it, we employ a rescuing device which essentially says,

“It doesn’t mean what it says.”

“So “day” must have meant something else before the rotation of the Earth and the existence of the sun.  God could certainly make light alternate with darkness without there being a sun, but why would he make the pre-sun “evening and morning” be 24 hours long?“ 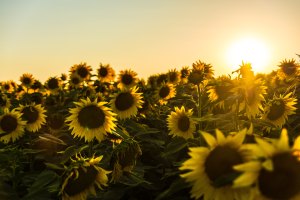 When your wife says, “I’ll be ready in a minute,” she may mean half an hour, but if she says, “The car will be out of the shop in a minute,” when she means “three days,” and ALSO uses the word “minute” to describe how long it took to build the Great Wall of China, then she has stopped trying to be intelligible and is probably having a laugh at your expense.

“If I were to say, “I was in love and she broke my heart,” you’d know that I was using a figure of speech to describe something that’s beyond a literal fact.  And yet a literalist would say I’m lying if my heart were not literally broken, and would demand the MRI to prove it!”

You make a good point, but you also answer your own objection. First of all, there is almost no usage in American English of the phrase “Broke my heart” to mean a medical condition, like we mean with “Broke my arm.” So if you said, “She broke my heart,” and someone tried to have her arrested for attempted murder, she could respond just as I have above with Yom and say, “But no one EVER means that when they use that phrase!”

You did not MEAN that she literally did damage to your heart with malicious intent, and we know that because NO ONE uses that phrase to mean “cardiorespiratory contusion”. Likewise, I know Yom in Genesis 1 means a normal day because none of the almost 400 uses of Yom in the OT mean long periods of time when they are used that way. They ALWAYS mean a normal day, just as “She broke my heart” ALWAYS means a non literal, emotional and not physical event. Once again, my position is not that of a stubborn, unthinking literalist. My position is based on a clear understanding, not only of the English text, but of the scholarly understanding of the Hebrew text in the context of ancient Hebrew and the Old testament as a whole.

And while St Peter does say ” With the Lord a day is like a thousand years, and a thousand years are like a day.” He is neither talking about the Creation week, nor telling us in his Greek text how to define the Hebrew word YOM. That verse has nothing to do with this debate, and I personally find its inclusion (which is part of every conversation I have had with an OEC) to sound like someone is saying, “But does God really understand how time works? I mean, maybe he SAID a six day week, but he actually MEANT 13 billion years. Or He Would have said 13 billion years, but, you know… to Him, a days is like a thousand years, and vice versa. Am I right?”

I tend to side with God having a BETTER understanding of science than Neil deGrasse Tyson.

Also, I think it possible St Peter is describing what it’s like to spend a day at the DMV trying to get a new driver’s licence. [rim-shot]

Hopefully I have covered all of the important ground which needed covering in the text, and why I take the position I do about the days of creation.

This entry was posted in The Creation SoapBox and tagged creation, creation science, days of creation, Genesis, yom. Bookmark the permalink.

1 Response to Consider the Text (Genesis gets its YOM on)